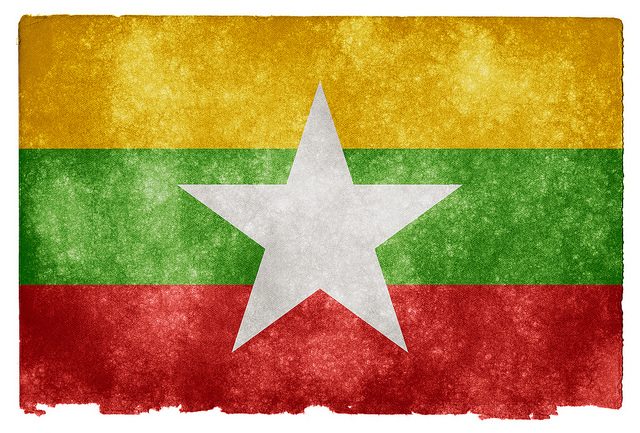 MANDALAY, Myanmar — While Myanmar’s strict curbs on religious freedom continue to draw international scrutiny, its lax enforcement of noise limits is attracting the ire of locals.

Residents of the densely populated cities of Mandalay and Yangon are demanding stronger rules and regulations to control the use of loudspeakers in the country’s many religious festivals.

Local Buddhist holidays, including Vesak and the Tazaungdaing festival, along with Christmas, Diwali and Eid al-Fitr are often celebrated with music, dance, stage performances and carnivals. Monks and revelers in some communities use the Buddhist holidays as an excuse to collect donations and play rock and pop music over loudspeakers.

While complaints about loud church bells or the Muslim call to prayer from minarets are common in other cities, annoyed locals say the noisy atmosphere detracts from the festivals’ religious origins — and the country’s quiet Buddhist getaway image.

U Ngwe Khee, a Mandalay taxi driver, lives near a Buddhist Dharma center where monks use loudspeakers to play music and announce how much money each person has donated from the area.

“We have already contributed cash and they have collected money door-to-door in our area,” Ngwe Khee said. “They should not ask for more donations by making noise. The noise is very disruptive and disappointing.”

U Hla Sein, a retired teacher in Mandalay, agrees.

“They should have more understanding, since this is a religious activity,” he said. “They play music before religious ceremonies but the music is not related to faith at all. But because they refer to religion, we cannot complain.”

Myanmar’s temperate winters attract foreign tourists at the same time many of the loudest and most popular Buddhist religious festivals are being celebrated.

“People visit our country looking for a peaceful place, but when modern music is played in these ceremonies it can be quite disturbing for surrounding residents, and also tourists may get the wrong perception of Buddhism,” Mandalay tour guide Naing Tun Lin said.

Some hotels have started preemptively apologizing for the noise.

Last November, the 79 Living Hotel in Mandalay greeted guests with a note in English explaining that monks would be collecting donations over loudspeakers during the Tazaungdaing festival.

“We apologize for any disturbance that this religious practice, over which we have no control, may cause,” the note stated.

Naing Tun Lin, the tour guide, said authorities should consult locals to set guidelines for when music can be played and at what volume to minimize disturbances.

National law states that authorities must grant permission to use sound systems or loudspeakers and that existing rules and regulations must be followed. People who violate this rule can be fined up to 5,000 kyat (about $5) or imprisoned for up to seven days.

U Hla, an attorney from Mandalay, said legal action is possible and would reinforce the point that noise pollution is disturbing and contrary to the ceremonies’ religious purposes.

Buddhist religious sites and houses of worship are not the only ones keeping neighbors awake. Some Buddhist families play recordings of monks’ teachings over loudspeakers early in the morning to bring good luck.

Other faiths are also causing complaints. Maung Maung Swe, a journalist in the capital city of Yangon, said the noise from a Hindu temple near his house sometimes continues until 2 a.m.

“It is quite annoying,” he said. “We don’t want to blame it on religious activity, but no one can sleep through the night.”

This story originally appeared on RNS as part of a series on religious freedom and conflict, brought to you with support from the U.K. Foreign & Commonwealth Office.

Mann Kyaw is a journalist based in Myanmar.