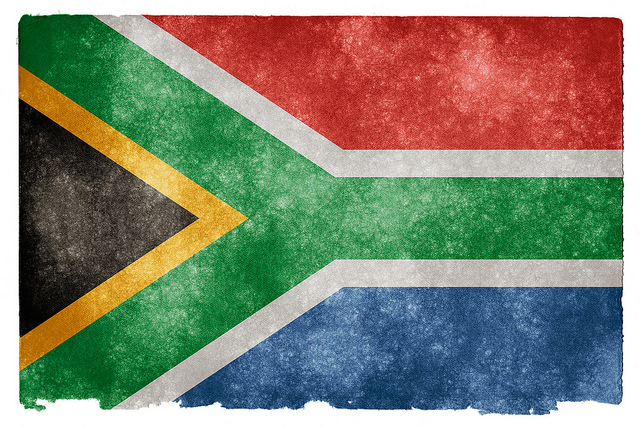 This article is part of a series produced for Religion News Service’s parent organization Religion News Foundation with support from the Arcus Foundation and Heinrich Böll Stiftung Southern Africa. It emerged from a November 2017 journalism training workshop in Cape Town, South Africa.

In reality, many lesbian, gay, bisexual, transgender, queer, and intersex people in South Africa exist at the lower rungs of socioeconomic and political ladders due to generalized discrimination and lack of support from families, peers, and governments. Such compounded discrimination often prevents them from accessing and funding higher education.

According to AfricaCheck, an independent fact-checking organization based in Johannesburg, the standard tuition price for higher education in South Africa ranges from R12,000 ($1,000) to R60,000 ($5,000) per year, with the University of Cape Town (UCT) being South Africa’s most expensive institution. For perspective, the country’s average annual salary in 2014 was R36,400 ($3,030).

South Africa’s national statistical service StatsSA recently found that around 55 percent of the country lives in absolute poverty, receiving little to no social security benefits from the government in terms of, housing, education, and healthcare facilities. The report, which analyzed data from 2006 to 2015, specifies that black South African women are most likely to be poor.

Joyce Louise Kondo, a first-year design and multimedia student at CityVarsity’s School of Media and Creative Arts in Cape Town, self-identifies as bisexual and says her experience trying to fund higher education has been nothing short of a nightmare.

“I applied for a student loan from NSFAF [the Namibia Students Financial Assistance Fund], which was approved. The loan was set to cover my tuition fees, housing, and meals as well. However, a year into my studies, none of the money promised by the loan has been accounted for,” Kondo said.

Even though Kondo fled from her home country of Namibia to pursue a better life and higher education in South Africa, she still depended on a loan from her government, which does not support equal rights for LGBTQI+ people. Clint Simasiku, the directing supervisor at NSFAF, said Kondo’s situation stems from misappropriation of NSFAF funds, not government-sanctioned homophobia.

Regardless of the reason, Kondo is in a bind. Glenda Keet, a debtor’s manager at CityVarsity’s financial office, said Kondo’s failure to pay her first year’s tuition means the school will withhold her year-end results until she covers the tuition in full. She can still continue on to her second year provided she passes her first-year exams.

Hanzline R. Davids, an ordained reverend, resigned from the ministry in 2015 after embracing his sexuality as a gay man.

“I chose to resign and concentrate on my second master’s degree in theology. Fear and humiliation were one of the key reasons why I left,” Davids said. His theological background and sexuality led him to apply for his current position at Inclusive and Affirming Ministries, a faith-based organization that promotes radical inclusion and the celebration of diversity within religious contexts.

Davids has seen first-hand how LGBTQI+ phobia in Christian communities fosters and leads to violence in multiple forms. Currently a Ph.D. candidate at Stellenbosch University, Davids is researching how his church the Uniting Reformed Church in Southern Africa can be inclusive and affirming towards LGBTQI+ persons.

“If our [national] constitution states that our country should be free from sexual-orientation and gender identity discrimination, there ought to be funding,” Davids said of the challenges queer students face.

He suggests one of the best ways to help LGBTQI+ people fund their tertiary education would be for the government to increase the National Research Foundation’s funding, which aims to promote and support research through human resource development.

Despite funding obstacles, certain bursaries and scholarships already exist in South Africa to benefit LGBTQI+ students. The Shambhala Scholarships offer up to R25,000 ($2,100) each year to around 10 LGBT leaders to help cover tuition fees, school materials, as well as living costs.

Nigel Timothy Patel, a 22-year-old gender non-binary student at UCT who uses they/them/their pronouns, has been a Shambhala Scholar for the past two years. Patel says the scholarship not only helps fund their studies but also provides opportunities to network with LGBTQI+ leaders and to proactively address violence against the queer community.

Patel thinks improving funding for members of the LGBTQI+ community should be an intersectional issue that cuts across race, sex, gender, sexuality, disability, and class.

“When thinking about how to make higher education accessible for LGBTQI+ people, we must think about all identities and their interactions. This is why broad-based student movements like #FeesMustFall are necessary when working towards accessible education,” Patel said.

#FeesMustFall is a South Africa-wide student protest movement that began in 2015 in response to a proposed fee increase at South African universities. As a result, the South African Minister of Education announced that fee increases would be capped at 8 percent in 2017.

“No one should be getting excluded from university because they cannot afford to stay,” Patel said.

Pollen Eixab is a journalist based in Cape Town.